Solitude tells a dream. Two souls meet, an anomalous place for a gaze-proposal. The intentions meet and from there, fluid like drops of bubble bath, an accomplice energy starts flowing between precious rooms. Dance is the expression of an ardent passion that precedes a carnal encounter. But we will never know if this will have a sequel. After an escape, loneliness.

Let’s know about the Director :

Actor, debuts in theatres in 1977, begin to work in show business as a result of touching all the different disciplines, from theatre to film, from television to radio, through dubbing and advertising. He has worked with some of the most important italian directors: ronconi to puecher, fenoglio nanni, navello and so on. Curious and has been a particular interpretation of polonius in “Hamlet” by w. Shakespeare, directed by a.Di stasio, who directed him also in the role of tiresias in a study of “Oedipus rex” by sophocles in 1997. In 2003/2004 season, taking part in the show, which sees daniel costantini wrote and directed, entitled “Small talk and blood” – the facts of the magliana gang – in the role of “Er palletta.” from the play it was made into a film for the big screen, entitled “The facts of banda magliana.” take part in the last film by paolo sorrentino, “Family friend”, forthcoming.

Prolific was the participation in television work, which saw him co-star in several varieties – container until you get to the mid-90s, to play characters from a wide variety in tv movies and television series to great success, as for example: “The girls of the spanish steps” – “The treasure of damascus” – “Game of mirrors” – “Construction contracts 2” and “Taxi driver” directed by jose m. Sanchez; “God created us free” with leo gullotta or “Dr. Gio” directed by f. De luigi in both sets. In the 2002/03 television season participating in the 83rd episode of the “Team” rai3 and as series regular in the role of tancredi of fiction in 26 episodes of bbc2 “Cinecitta” directed by alberto manni. In 2003, an episode of “The club” and in 2004, directed by charles vanzinas, took part in the television series “Bringing down the house.” in 2005 he participated in the production of the spanish three antenna tv movie “Los borgias” (borgia), directed by antonio hernandez, held the position of cardinal riario.

In various films were his experiences, the latest “Vajont” by r. Martinelli; in 1988 he worked with nanni loi in the movie “Scugnizzi”, thus beginning a varied experience with this director, participating in his “Candid camera show.”

In recent years, while continuing his profession as an actor, his interests have turned to dramaturgy and theatrical director. His first literary production was a sacred representation of the passion, entitled “Ecce homo”, built on the umbrian del1200 laude / 1300 and graced by a beautiful musical score of maestro david remigio.
In 2000, in rome, at the little theatre eliseo, was presented a dramatic construction on sophocles’ tragedy oedipus and jocasta titled “Son of mother widow” (figlio di madre vedova), which he directed theatre , as well as the dramatic writing.
In june 2003 he staged the show, which was responsible for the drafting of the text, titled “Lapilli” – sounds and voices from the island, in which he stars with leo gullotta ensemble music of al qantarah.
Also in 2003, worked as an assistant director at the italian staging of the musical “Fame” produced by the company “Artistica” of pavia.
In the summer of 2004 by the construction of the play of joseph manfridi “Before the war,” which is the eponymous creator of multimedia project, which saw its debut at the archaeological site of the museums of the markets of trajan .
His latest play is “Gender gangup here”, a new drama that takes its cue from the play “Gengangere” (spettri) by h. Ibsen, which carries the same hypocrisy in the eighties of the century, when read with an eye to modern society.
In autumn 2004 by the evening show on the literary work of gadda, actors on stage gullotta leo and master luis bacalov.
For the theatre season 2005/2006 he directed of “The man, beast and virtue” (l’uomo, la bestia e la virtù) by luigi pirandello that sees the return to the stage of prose leo gullotta, performance produced by the teatro eliseo. The show comes to the 222 ^ reply after three seasons of performances, collecting success and has been a champion of affluence with its approximately 98,000 spectators. In the 2008 season of the globe villa borghese, under the direction of gigi proietti, he directed of “The comedy of errors” by william shakespeare. For the 2008/2009 season, he directed of “The pleasure of honesty” (il piacere dell’onestà) by luigi pirandello, the opening show of the season at the teatro eliseo, starring leo gullotta: in the season 2009/2010, the show toured throughout italy with great success. Large successfully met with, in summer 2009, the show, which he wrote and directed, minnazza: a trip to the sicilian literature, starring as narrator, leo gullotta and an ensemble of three masters accordion on stage. A prism, between the drama and humorous, that through the pages of great sicilians, reflected by its faces were human and social.
In march 2010, makes his debut on the stage of of the teatro eliseo youngs, which he wrote and directed, “The magic flute and papageno” very free interpretation of the magic flute, wa mozart’s famous work. Summer 2010 he directed of “The merry wives of windsor” by william shakespeare, co-produced by new eliseo theatre and shakespeare festival veronese, who sees leo gullotta in the role of falstaff.
After years of great success in all italian theatres with “The merry wives of windsor”, so going to a collaboration with teatro stabile di catania, where he will open the 2012/2013 season with the director of ” dream of a night midsummer “By w. Shakespeare, in the title role leo gullotta, to get on the stage of the teatro eliseo in rome from 5 to february 24, 2013.
Upcoming major projects in his crucible, “The enigma of love” a show of monographic and karl heinrich ulrichs, for which he, as well as directed, even the drama along with xavier aversa, which debuted in milan in the // illegal exhibition visions 2013.
The documentary “A dream in sicily” of which he is a director and creator, who faces through four actors, the art scene / youth employment in the entertainment world italian.
In 2014, he is the creator and director of a documentary film entitled “A dream in sicily” where faces, through the experiences of four young actors, the current situation of art / youth employment.
In the season 2013/2014 is staged, produced by new theatre and starring eliseo leo gullotta, first of silence (prima del silenzio) by giuseppe patroni griffi, that opened the season of the famous roman stage.
Season 2014/2015 “Calò’s sprint” (la volata di calo’) by gaetano savatteri directed to the teatro stabile di catania.
In the 2015/2016 season, starring leo gullotta, fabio directed blithe spirit by nöel coward, which was deeply appreciated and staged again in 2016/2017 season.
In november 2017 he proposed the play by claire van campen, unpublished in italy, farinelli and the king, translated by monica capuani, in the form of reading concert. The event, produced by teatro stabile in catania, was held at the bellini salon in palazzo degli elefanti, headquarters of the municipality of catania. Leo gullotta leads in the role of the king, together with former students of the umberto spadaro school of teatro stabile in catania and an ensemble of musicians, students of the vincenzo bellini music institute in catania.
In the 2018/2020 seasons he staged for the enfi company theatre the pirandello text “Think about giacomino” with protagonist leo gullotta is a company of seven actors professionals: great success with audiences and critics.
Due to the covid pandemic, he suspends the activity until national revival of theatres .

When the notes of beautiful music meet the bodies of two young dancers who dance following a choreography, which comes from a feeling, directing is easy. Just take back the sensations that come from this union. Starting everything from an author’s dream, letting two bodies dance where the soul is drawn from a choreography devised for this purpose, where lines are defined with polychromy, harmony is created. Simple alchemy that makes the feeling. 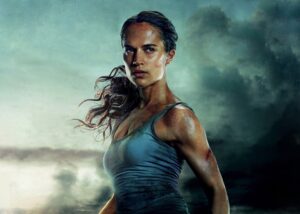 The Unsung Women Heroes Fight for the Good 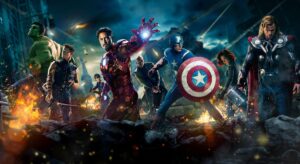 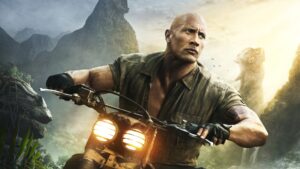 Best Stunts in the History of Cinematography

Detective Stories that Grew Into a Legend