In a small village in Maharashtra, this is the story of Ramchandra alias Anna Moghe , the son of Kirwant , Amol. Amol, the son of Anna’s first wife. Amol’s mother passed away when he was eight or ten years old.
In the form of Vatsala in the house, a new home came to the house. As Amol got older, he became obsessed with Vatsala and stopped talking to Vatsala . He started talking less to her as much as he could. This family had a tradition. In fact, this was the problem of this family. Ramchandra Moghe , that is, Anna had to become Kirwant because of the promise he made to his mother. Kirwant Anna Moghe was the third generation in this family. Amol’s situation was similar. He decided to become a doctor because of his promise to his mother. Mukund alias
Nanu Kulkarni was the fourth angle in the triangular
family of Amol, Anna and Vatsala . Around the villages, there was a single shop selling material for last rituals, which was owned by Nanu .Since the last three generations they have been in the business of supplementing each other. Anna was waiting for the results of Amol’s 12 th and NEET exams. One day a photoshoot was going on in the village and it was there that Amol saw the Kavita for the first time. From that day onwards, Kavita
was all over Amol’s mind and within a week, the results of Class XII in the state followed by the results of NEET examinations. Anna talked to Nanu Kulkarni and admitted Amol to a newly started ayurvedic medical college.
Kavita, eldest daughter of MLA Bhaurao Tare. Although Kavita is on the college campus, Bhaurao had set up the college along with Nirmalatai Indurkar on the condition that she should become a doctor. Amol, Kavita is the first batch of this college. With the exception of one and two like Kavita in Resident College, everyone was staying in a hostel on the college campus. College, education started. Nikhil Devrukhkar was elected unopposed as this year’s University Student Representative.

Along with education, different world of college, hostel, fun and the love triangle of Kavita Amol Sandhya also started. Everything was going well. Love and education go hand in hand, happily rejoicing with each other and in fact one day ……

Nikhil went on strike in college. College, lectures all closed. The reason was that there was no cadaver in the college. A cadaver was one important thing which every medical student needed for education. Amol was upset and was in tension with these happenings and strike. He spends most of his time thinking about how he will fulfil his promise to his mother. The aggression of the children’s movement begins to grow.
One day Nirmalatai comes to the college and announces that the college will provide free education to the boy who will arrange the cadaver for the college and a competition for arranging the cadaver among the children begins. Amol thinks that he can easily arrange a cadaver, in simple words, a dead body. Since Amol’s father is Kirwant , this seemingly easy task becomes more difficult because he is Kirwant.

How does every boy in College arrange cadaver i.e. dead body?
What does everyone do for that?
After all, who can arranges a cadaver?
Whose education was declared free?

This film is definitely a roller coaster ride of emotions, comedy, drama with a tinge of social message. 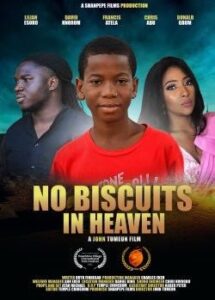 No biscuits in heaven 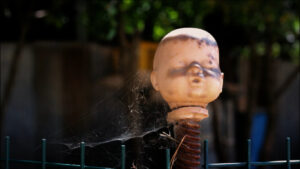 The Hamlet of Suitcases 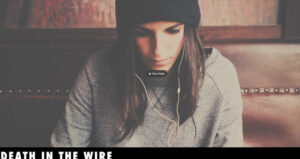 Death in the Wire